4 Easy Ways to Earn More Money Right From Your Computer 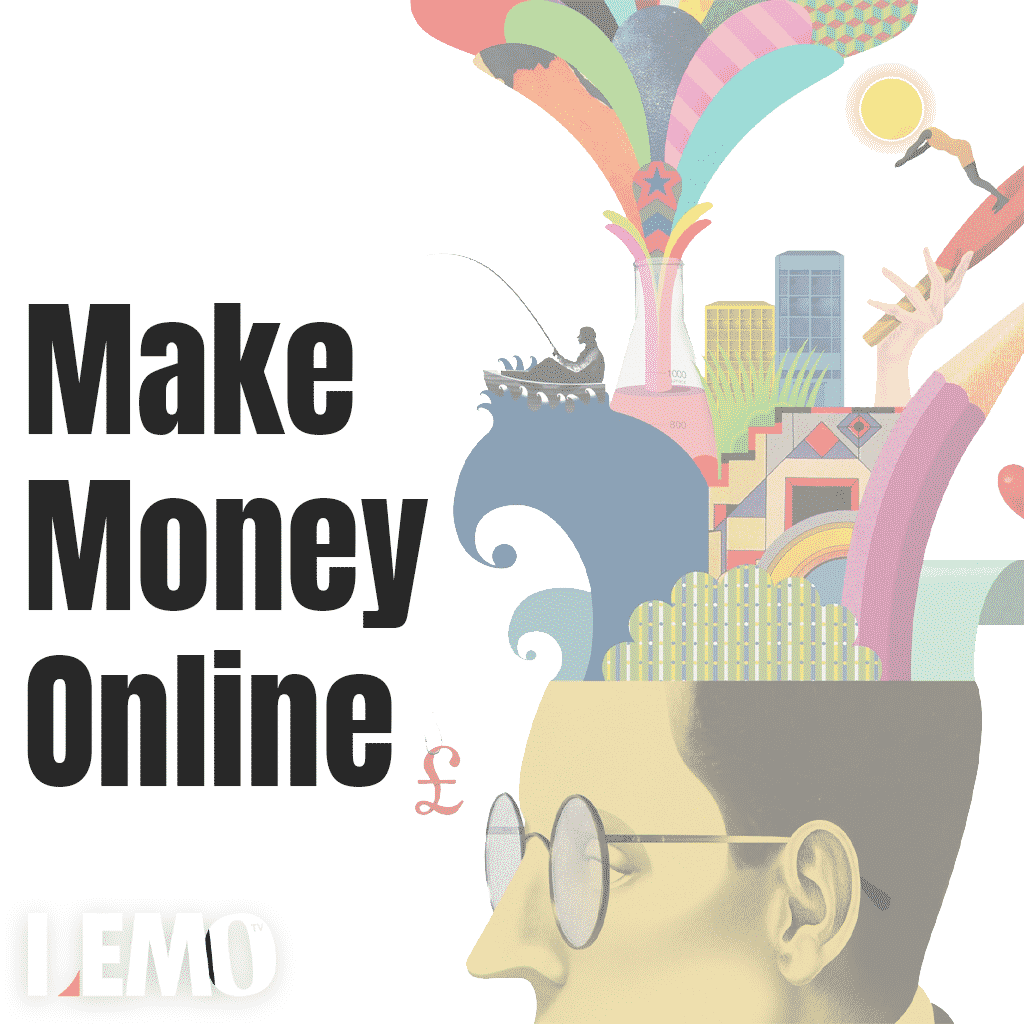 Would you believe it if I told you there exists a man who made around $300,000 simply from drawing pictures of stick figure cats and selling them?

Well, that is just what one guy did (and still does) on a day-to-day basis. There are many other success stories out there of people who make real money online from home.

Just to give you an idea of the extra income that you can bring in.

According to a survey of over 20,000 freelancer workers, the average worldwide hourly rate for freelancers is $21.

If you set aside an extra hour a day to make money online, you could make upwards of $7,000 a year, with only an hour of work a day!

Think about the how much more you can put into a savings account or invested in a retirement account with that extra income.

Plus, getting paid while sitting at home in your underwear, what’s better than that?!

And remember, it doesn’t have to be freelancing — it’s just one of the many ways you can make money while sitting at the computer:

When she began getting interested in selling things online, Beth Marbach saw it as just a way to make a little bit of side income, but fast forward over a decade and Beth has made over $4 million by selling designer shoes all over the globe.

However, you don’t need to be like Marbach to find success selling online.

Do you have electronics, toys clothing or virtually anything lying around that you don’t need any more but are still worth something? Turn those “useless to you” items into cold hard cash.

There are a plethora of sites like that you sell your belongings, but the favorites are:

2. Get Paid for Your Unique Skills

Before trying her hand at selling services online, Redd Horrocks was working an average job with over $24,000 in credit card debt.

Horrocks, who had done some voice acting work in college, took to the website Fiverr to try and make some money to get out of her large debt.

Little did she know that she would soon be earning upwards of $9,000 a month! Fiverr is a site where people can sell their services for $5 or more.

This can be anything from selling drawings, logo creation, tutoring, voiceover work and more!

If you enjoy doing or are skilled at a particular service, it is worth considering selling it online, because you could make some serious coin.

There are also a few other sites that provide a similar platform for selling such as:

3. Start Your Own Online Business

After appearing on the hit TV show “Shark Tank” to show off his business and look for investments, Steve Gadlin hit it big.

Gadlin owns and runs a website in which he sells custom stick-figure cartoon cat drawings. He has earned upwards of $300,000 from this business, a number that would shock almost anybody.

There is a very good lesson to be learned from Gadlin. He had a special skill (Gadlin’s skill was the ability to draw cartoon cats quickly) and created a business out of it.

Do you have a unique skill that could produce a product or service that someone will pay for? If so, you could take a shot at starting your own online business too.

You have probably never heard of the name Bob Bly, but there is a good chance that you are jealous of his life.

Bob Bly has been a freelance writer for over 25 years and currently makes over $600,000 working from the comfort of his own home.

While it’s unlikely that you’ll make that sort of money from the get-go, freelance writing is a fantastic way to make money right from your computer.

Many freelancers can earn hundreds and hundreds of dollars for a single article if they are respected and have made a name for themselves in their field of interest.

The term “freelance writing” is a very broad one and you can write in a number of industries such as sports, entertainment and business.

As long as there is content on the Internet, there will be a demand for writers. If you are interested in getting started in freelance writing there are a number of places you can search for jobs such as:

All The TV You Love Over 18,000 live channels, +8,400 series, and +60,000 movies you will definitely find the one you love. Sports, news, action, kids, international, local, HD, and UHD. Wide variety of devices and apps, AntiFreeze technology, 24/7 support To help you with all your inquiries.

Get your subscription with LEMO and save 10% off your purchase.